My husband is gifted and called. It took me years to realize that, a little longer to admit it out loud, but the more I explored in my own mind how God had made Ben, and what He had made Him for, the more deeply I grew to love him. (And Him).
When Ben decided to leave his global leadership role to be with me and the kids more consistently, I was heartbroken. Other wives nodded in sympathy. Their eyes said, "yes, husbands are so annoying when they're home all the time." But that so isn't it. I love having Ben home, working or otherwise. I was sad because I had grown attached to seeing him shine in the spot given to him. (There's more to it than that, but it definitely wasn't sadness at him being home)
In the last couple of years, I have remained steadfast in my belief that while I am so honored and thrilled that Ben gives his family the bulk of his time and energy, he was made for more. Not for something more important, but something in addition.
We have pressed on to what we believe that is - leadership, learning and service in the global sphere; for the time being, Brasil.
Only one thing has caused me to question that: seeing Ben as a youth soccer coach. When I watch him patiently, firmly, consistently encouraging, cajoling, and herding these little squirts who are way too young for anything organized, I feel so proud.
When a kid is scared, Ben will pick him up and carry him around the field. When a little girl doesn't believe she can score like the boys, Ben will teach her she can. When a little boy (say our little boy) decides examining grass is more interesting than defense, Ben will holler until said little boy drops the grass and lifts up his head. When a ref makes bad calls, Ben will tease him. When a ref irresponsibly refuses to blow his whistle and kids are getting hurt, Ben will not let it go.
I love it. Yesterday was our boys' last games, and everyone got medals. More importantly, they each got a man to get on his knees, look them in the eyes and tell them why they are great.

That being said, I am so happy soccer is over. Ohio novembers are cold! 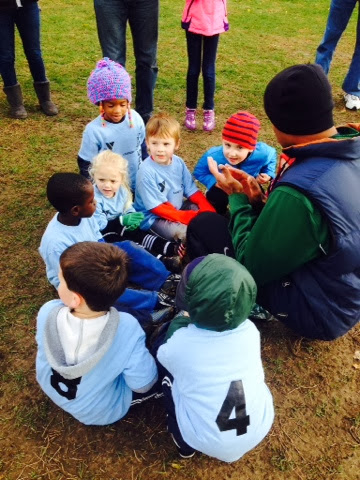 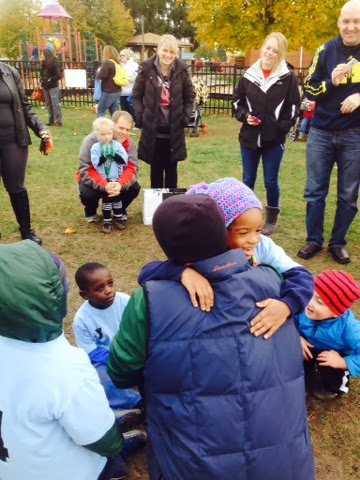 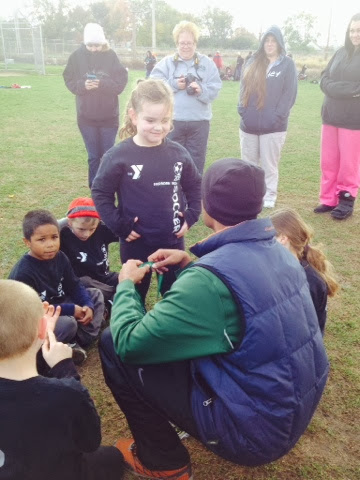 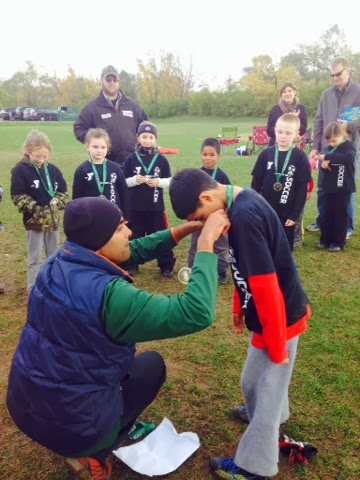 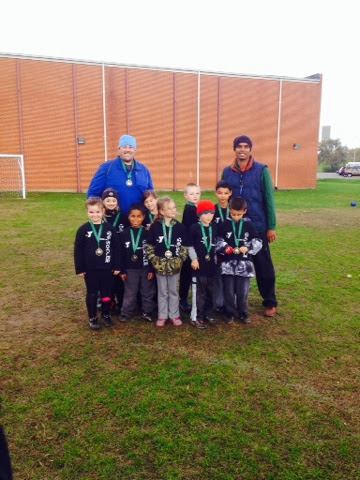 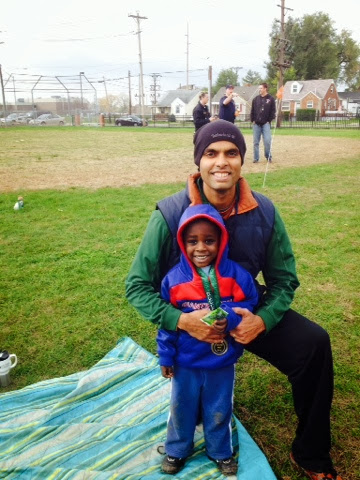 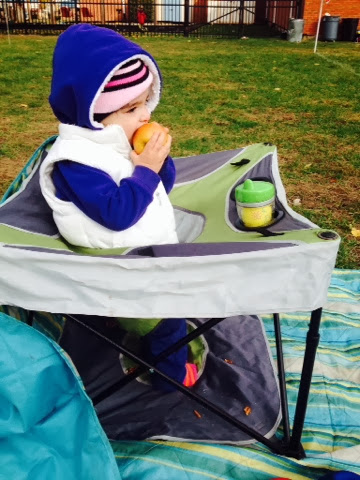