I blinked and 8 years happened.

Eight years ago, in what seemed like the most dramatic way possible (but wasn't), we welcomed Simon Parayil Thomas into the world and became a small little family. Looking back, I think he was colicky, but at the time I assumed all babies screamed for hours in the evenings. It didn't even matter, though, because he started sleeping through the night at 5 weeks old. He was my only baby that did that. 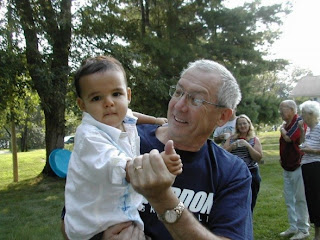 Then he turned one (traditional clown cake), and we moved to India. We unpacked our bags and he turned two. He toddled the streets of Bangalore, managed to never get hit by an ox cart or a bus, and won the hearts of many local kids. When our friends and teammates left to return the US, Simon and I were buddies for the final two months of our life in India. We walked everywhere together and figured out how to fill a day without Target, play dates, libraries, or splash parks. 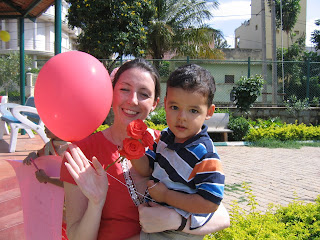 When he was two, he had a Elmo and Ernie cake and had his first taste of grief when we lost our sweet baby Elijah. Though he doesn't remember it now, he was fully aware of it then, and God taught me some great things through his eyes. One day, right after Elijah died, Simon and I were on a walk in our neighborhood. Simon was still processing the confusion of having known there was a baby in mommy's tummy, and now learning the baby was "gone." He kept repeating, "baby nap baby nap." Determined to be as honest as possible, I kept explaining, "he's not sleeping honey. The baby died and he is in heaven with Jesus." But Simon insisted, "baby nap." We walked by a group of puppies - there were stray dogs everywhere, and they were only cute when they were brand new like these were. Simon got so excited and was crowing, "Look mommy, puppy nap, puppy nap!" I looked to where he was pointing and saw the dog. A brand new puppy - dead and bloated, crawling with flies, already gone enough that it would be clear even to a toddler that it wasn't sleeping.


That night, I was reading from a book on heaven, and the author mentioned that God often refers to death as sleep. It hit me that to Simon death was sleep and I kept wanting to tell him the right thing, but he already knew the right thing. And I knew with a certainty that I still cling to that God had taught him that. God, in his faithful love of my son, had been at work in Simon's heart teaching him truths that I couldn't quite explain. And I learned in that moment that God had already begun his relationship with Simon at a time when Simon needed God most. And I learned that no matter what happened, God would walk with my kids through their life, starting before they had any idea. 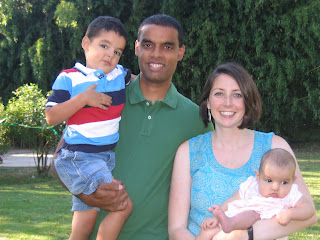 Then Simon turned three (race car cake) and was in the midst of another intense change of culture. He got extremely shy and cautious, and often freaked out in new situations. He became a big brother to Talya and picked out a hideous stuffed horse to give her when she was born. 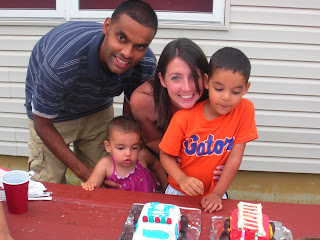 All of a sudden he was four (ambulance and fire truck cakes) and started going to school a few mornings a week. Still shy, he cried and screamed those first few days, but grew to love it. 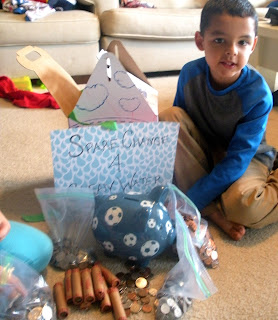 By the time he turned five, he was a different kid - friendly and confident, and a big brother to newly-adopted Charlie. He celebrated with a super hero party and asked his friends to bring spare change to help build a clean water well in Rwanda. He was beginning to learn to use his powers for good. 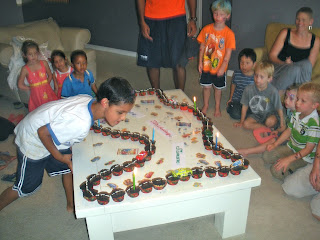 Things really started speeding up when Simon turned six (Cars party). He was in full-time kindergarten and getting smarter by the minute. He decided that Miss Popp was the smartest person in the whole world, or at least way smarter than Mommy. Continuing to use his powers for good, he received the citizenship award at school. 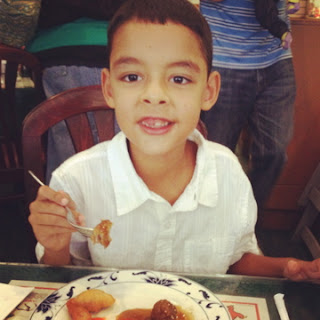 And then came seven. All of a sudden, I needed an education in Star Wars. On his seventh birthday, I was in the midst of radiation therapy and he knew his mommy had cancer. As far as I know, he really couldn't conceive of what that meant, other than that I was in bed a lot, bald, and that his grandparents were around a lot more.

And now. What the heck? He's eight. And I felt healthy enough to give him a huge ninja party (emphasis on silent not deadly). And he was old enough to blow up his own dang balloons.

He's in his ninth year of life, and I can't help but wonder will this be the year that he is faced with grief again? When he's 25 and on a date with the girl who he'll marry, will she be falling in love with him while he tells her about how he was 8 years old when he finally had the courage to ask his parents "what happens if the tumor comes back?" (Obviously, I completely imagine this happening in a scene on the bachelorette. Please Jesus, not that)

I don't know. But I do know the lesson I learned when he was two: that whatever God has planned for him, his Spirit will be with him the whole way - explaining the truth of the hardest matters and reminding him that death is just the sleep before we wake again on the last day.